MCU Moments: As one of the biggest superhero franchises, if not the biggest, the MCU movies will undoubtedly rank the highest when it comes to jaw-dropping movie scenes.

Here are the top 5 Marvel moments that left everyone speechless:

When Thanos went to Vormir and the red skull explained how to obtain the stone, Gamora found it amusing because she believed Thanos loved no one. In order to obtain the soul stone, “you must sacrifice that which you love the most.”

However, she was tragically wrong because it was clear that Thanos loved her dearly because he sobbed after sacrificing her (the only time Thanos cried in the MCU).

No one expected Gamora to die, it was very difficult to believe that Thanos actually sacrificed her.

When the Scarlet Witch was dream-walking in one of the universes in “Dr. Strange Multiverse Of Madness,” she had to battle the Illuminati in order to reach America Chavez.

The introduction of the Illuminati to the MCU as well as Patrick Stewart’s portrayal of Professor X were both shocking developments that raised the possibility that the X-Men would soon be joining the Avengers in upcoming films.

The biggest shocker of all occurs next when Wanda kills every member of the Illuminati who was opposing her, demonstrating her strength considering she was only dream walking at the time.

In No Way Home when Dr. Strange tore open the multiverse, thanks to peter, everyone that knew who peter parker was started coming to our universe (Earth 616).

Dr. Strange was forced to cast a spell at the conclusion of the film to make everyone forget who Spider-Man was, and Peter’s decision to do so shocked everyone because it meant that even Ned and MJ would forget him.

It was difficult to see that Ned and MJ did not remember him, and the most difficult part to witness was when Peter chose not to tell them about himself in order to keep them safe. However, Peter kept his promise that he would meet them.

In the ‘Avengers: Age Of Ultron’ when everyone was trying to lift Thor’s hammer, no one was even able to move his hammer other than Captain America who was just able to move it slightly.

In the ‘Avengers: Endgame’ when Thanos grabbed Thor and Thor was almost going to die, we saw Thor’s hammer rise and hit Thanos in the back then it went in Cap’s hand, and Thor said ‘i knew it.

we all knew that captain was always worthy of lifting Mjolnir and even the directors confirmed that in the ‘age of Ultron cap was worthy, while he was trying to lift Mjolnir captain realized that he can easily lift the hammer but didn’t do it to preserve Thor’s ego.

MCU Moments – Throughout the movie, Infinity war, Thanos proved that we was a very strong and capable villain and he was the worst villain Avengers ever encountered, and he shocked the audience multiple times.

He shocked everyone by actually killing Loki, defeated Hulk so bad that hulk was ashamed to come back again, used time stone to revive vision and took the mind stone that killed vision again.

And the biggest shocker of all time, Thanos did what he said, he wiped out 50% of all living creatures with one snap.

It was very hard to imagine that Thanos will be able to snap his fingers, but he did and we saw some of our favorite superheroes turn into dust (for a temporary time).

RELATED: Why Black Widow Can’t Return As Gamora Did 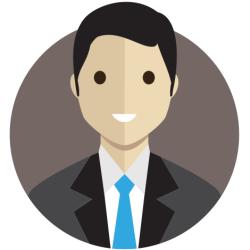 Shashank is a comic book fan based in India who loves good storytelling more than anything else.

6 Most Powerful Beings In the Marvel Universe

Why Did Tony Cared About Spider-Man So Much?

Why Did Tony Cared About Spider-Man So Much?

Did you ever wondered why Tony Stark cared so much about Spider-Man, we all know Tom Holland’s Spider-Man did his debut in ‘Captain America: Civil War’ and Spider-Man fought alongside ...

MCU Moments: As one of the biggest superhero franchises, if not the biggest, the MCU movies will undoubtedly rank the highest when it comes to jaw-dropping movie scenes. Here are ...

6 Most Powerful Beings In the Marvel Universe

At some point, we’ve all wondered, “Who is the strongest Avenger?” and in our previous article, we provided the answer. However, when it comes to the top 6 most powerful ...

Why Venom Hates Spider-Man So Much?

Let’s be real here, everyone wants to see Tom Holland’s Spider-Man fight venom or at least want to see them in the same movie, which will happen in the future ...

Can Kang the Conquerer Beat Thanos?

Is Smart Hulk a Better Avenger Than The Normal Hulk?

5 Times Iron-Man Should Have Learned From His Mistakes

MCU Villains Ranked Based On Powers

ComicDoor
Shashank is a comic book fan based in India who loves good storytelling more than anything else.