Let’s be real here, everyone wants to see Tom Holland’s Spider-Man fight venom or at least want to see them in the same movie, which will happen in the future movies as now venom knows about Spider-man in the MCU.

But in the comics and even in the earlier Spider-Man movies, venom was portrayed as someone who genuinely hates Spider-Man and that is what makes him an anti-hero. But did you ever wondered why a black goo from another plant hates Spider-Man so much?

How Did Venom Come To Earth In No Way Home?

In the movie ‘Spider-Man: No Way Home’ after dr. strange tore open the multiverse, and everyone who knew about Spider-Man in other universes started coming to Earth 616 (our universe). We also saw Venom coming to earth 616, this alone was enough to tell fans that we will see a Venom vs Spiderman in the future again.

And in the end when dr. strange managed to send back everyone in their universe, but a part of Vemon was still left on Earth 616 (our earth), stating that in the next Spider-Man movies we will see some venom action, and most probably venom is going to choose peter parker as his host.

Venom is a symbiote who lives by finding a worthy biological being and resides in their body so that he could survive, and on earth venom choose humans because they are the smartest beings on the planet.

When venom first arrived on the earth, he was finding a worthy human to bond with so that both of them could become more powerful, and he found peter parker, after bonding with him, peter was surprised by increased in his abilities to fight and felt stronger than ever before.

As we know Venom was a symbiote who wanted a find a worthy human body but after peter parker rejected venom to be his part, the venom did not feel very good and as rageful venom is, venom started hating Spider-Man.

That night venom found Eddie Brock and bonded with him but coincidently he also hated Peter Parker and after that venom became an anti-hero who wanted to kill Spiderman.

And that is the reason why Venom hates Spider-Man so much.

From the post-credit scene of ‘Venom: Let There Be Carnage’ it is confirmed that we will see venom and Spiderman together in future spider man movies.

But anyhow according to the history of Venom and Spider-Man, venom always becomes an anti-hero because peter rejects him, if MCU follows the old story lines then we will see a Black Spider-Man.

But since doing so is very predictable to fans as we already know this from previous Spiderman movies and comics, so there is equal possibility that directors might change the storyline up to surprise the audience.

Either way, we will see a battle between Tom Holland’s Spiderman and Venom (bonded with Eddie Brock) which would be exciting and entertaining to watch. 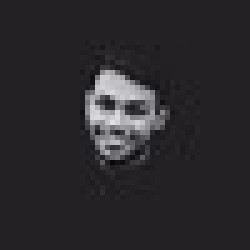 Shashank Singh is a comics news editor for Comicdoor, joining the team in August of 2022. Based out of India, the man has a passion for pretty much all things pop culture. Shashank's love for telling stories is inspired by his love for film noir, westerns, superhero movies, classic films, and ancient history.

6 Powers Of Spider-Man That No One Knows About

Demon Slayer: Is Nezuko Really Powerful As A Demon?

In the MCU Ant-Man might seems to be a funny character who sometime gets very big and has to eat lemon so he doesn’t puke after shrinking back to his ...

Avatar 1 was the highest-grossing movie of all time with a worldwide earning of $2.91 billion, Avatar 2 was the most expensive film ever with a budget of $350million- $400million, ...

If you’re looking for the smartest Marvel characters, the MCU is full of them. However, once Tony Stark, aka Iron-Man, is gone, who can the MCU turn to for the ...

Before giving the Black panther Wakanda Forever movie review you should note that Black Panther 2 trailer got 172 Million views in the initial 24 hours across all platforms as ...

Shashank Singh
Shashank Singh is a comics news editor for Comicdoor, joining the team in August of 2022. Based out of India, the man has a passion for pretty much all things pop culture. Shashank's love for telling stories is inspired by his love for film noir, westerns, superhero movies, classic films, and ancient history.